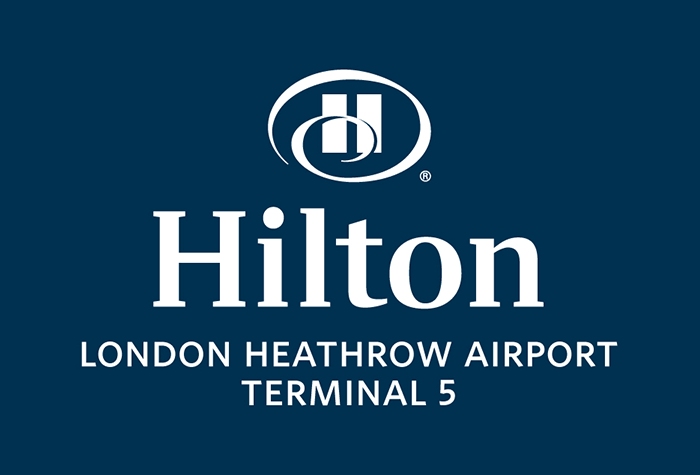 7 places to eat, including one run by a celebrity chef. Quiet, regal rooms, 24-hour fitness centre and wifi are all included.
Hotel Rating
4 Star
Location
2.7 miles from Heathrow
Check-In from
15:00
Check-Out by
12:00

When you arrival at Hilton T5

You can check in from 3pm.

Travelling to the hotel by train? The nearest station is Heathrow Terminal 5. If you need a taxi from the airport to the hotel the taxi cost will be between £26-£30, which includes the driver meeting you in the terminal.

The hotel has two restaurants, both equally enticing. Mr Todiwala's Kitchen, is run by Chef Cyrus Todiwala, who owns the award-winning Cafe Spice Namaste in London. He's been described as a genius and the London restaurant as offering London's finest Indian food. Elsewhere, The Gallery offers equally exotic fare. The menu evokes freshness and tradition, but many of the dishes have an innovative twist which makes them hard to resist. Both restaurants are open until 10.30pm, and The Gallery has a children's menu.

The Heathrow Hoppa shuttle bus runs regularly to Terminal 5 during the airport's opening hours. Depending on the terminal you're flying from, you may need to catch the Hoppa and the free Heathrow Express. Hoppa tickets cost £6 per person one way and £11 per person return. Up to two children under 15 travel free with a paying adult.

Alternatively, taxis from the hotel run to all terminals when needed. The journey time and price depends on traffic and which terminal you're travelling to. For T1, T2, T3 and T4 it's around 15-20 minutes and for T5 10-15 minutes. The taxi will cost £20-£30.

Images of the Hilton T5 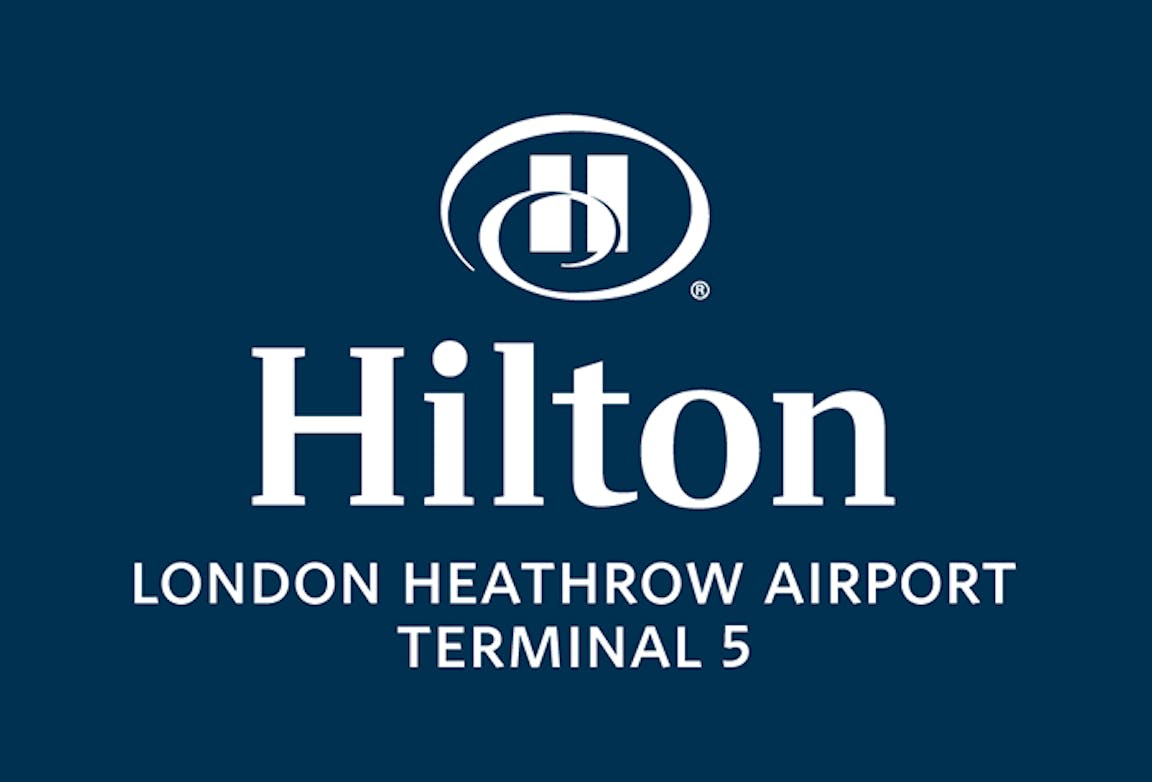 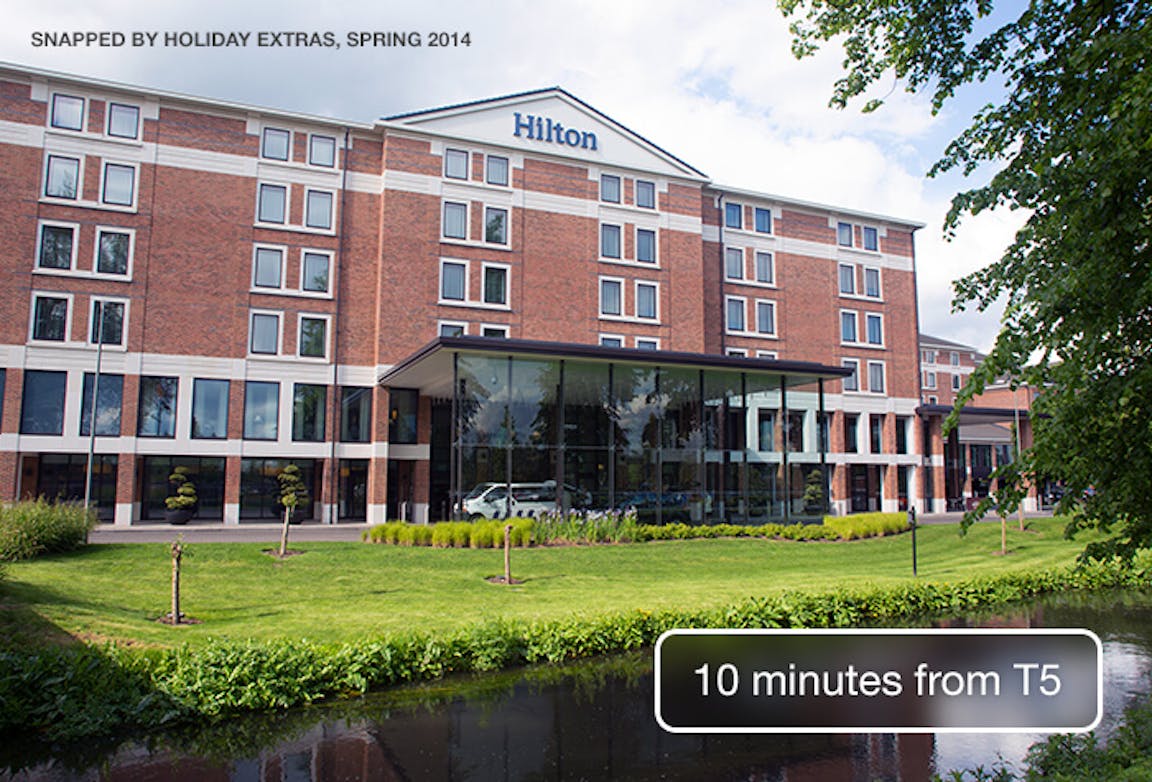 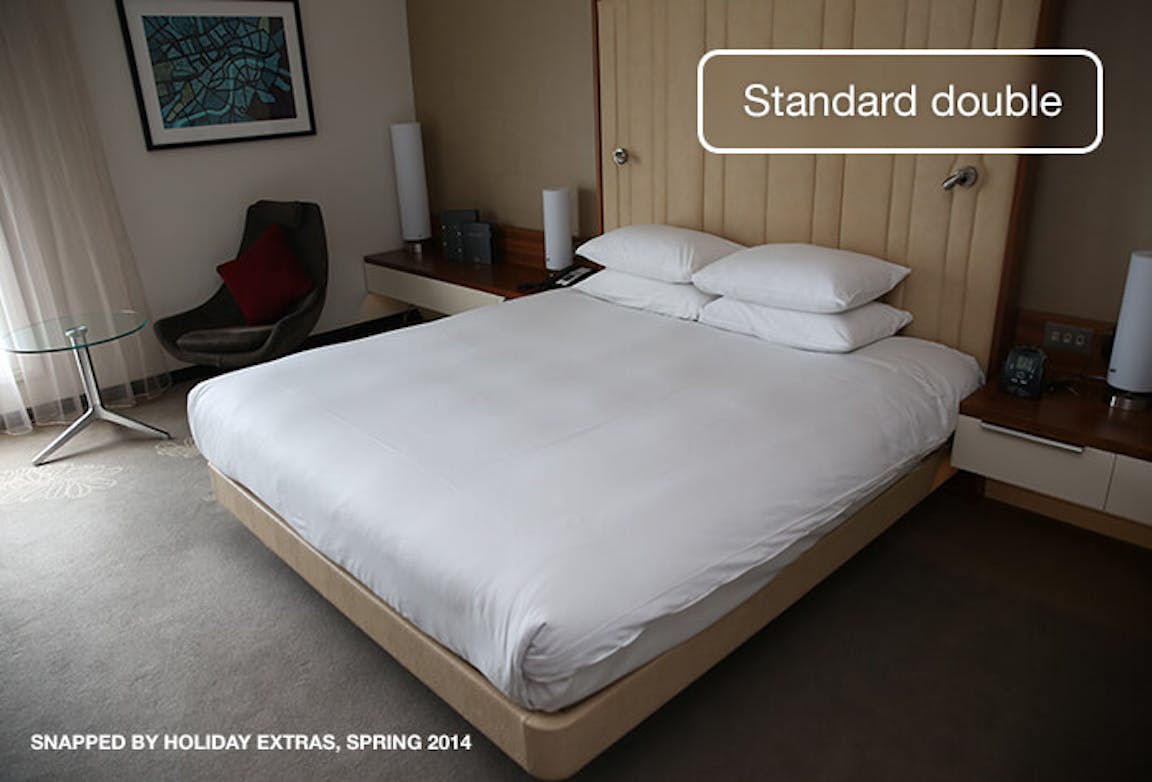 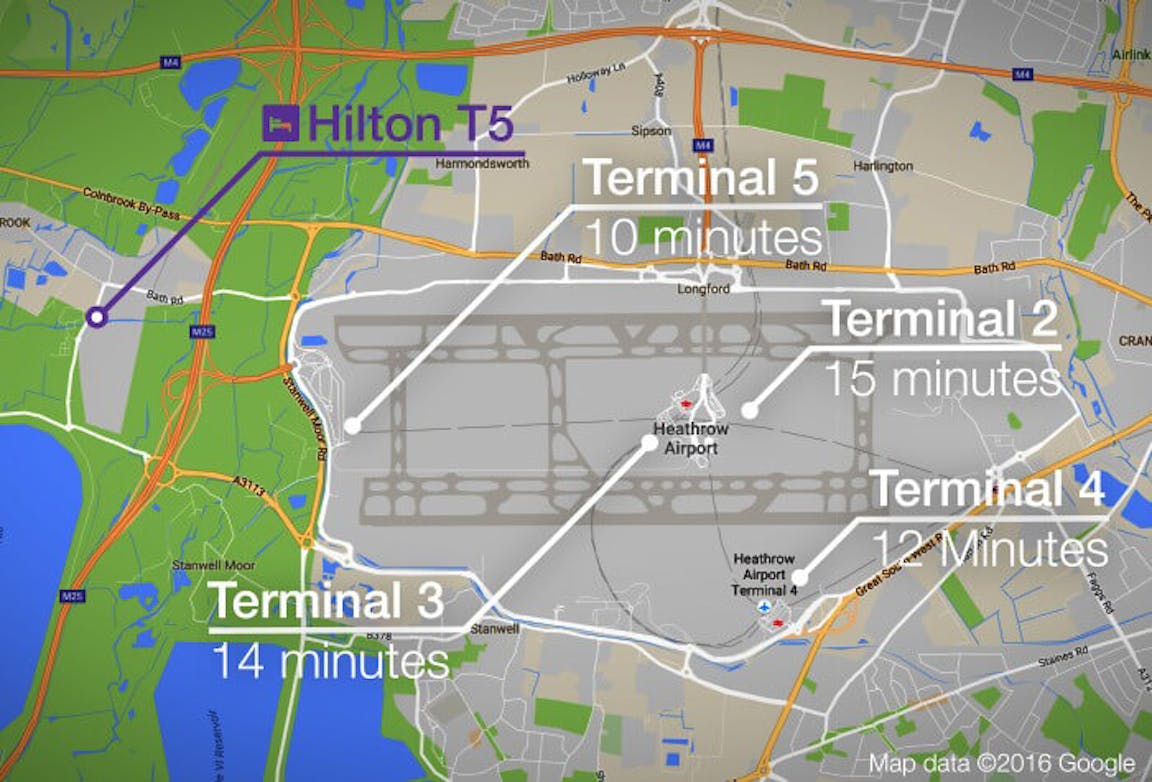 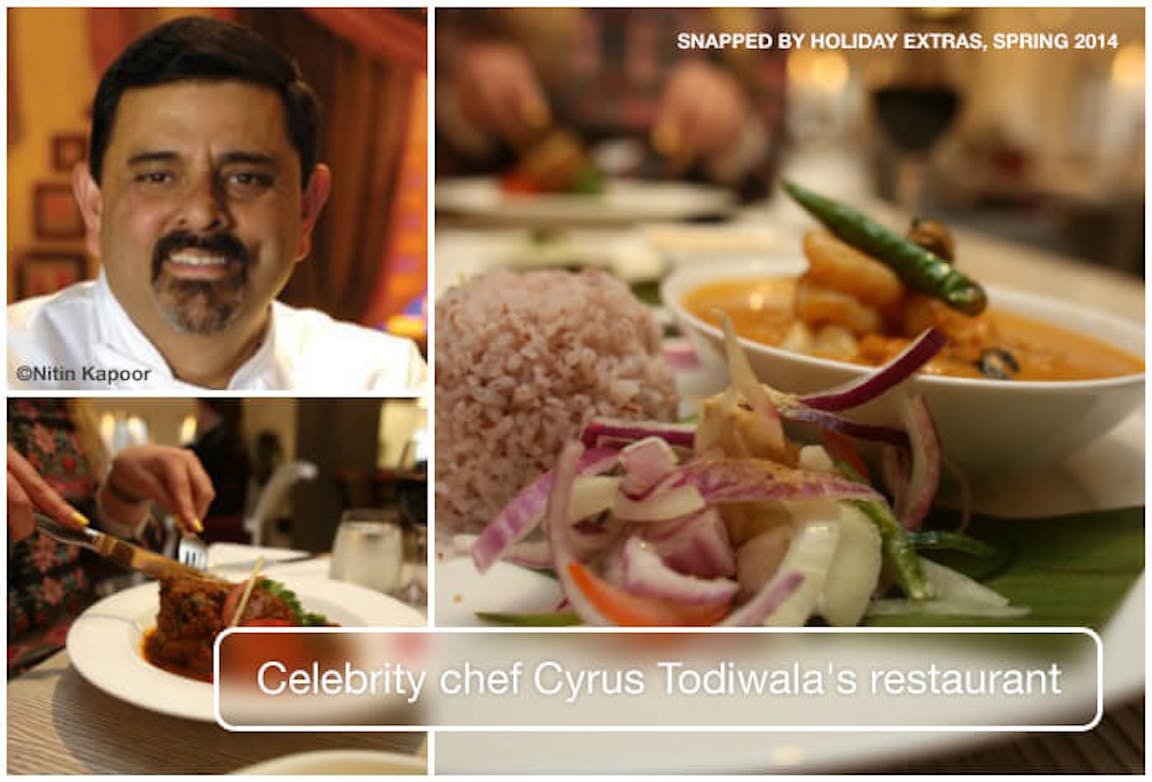 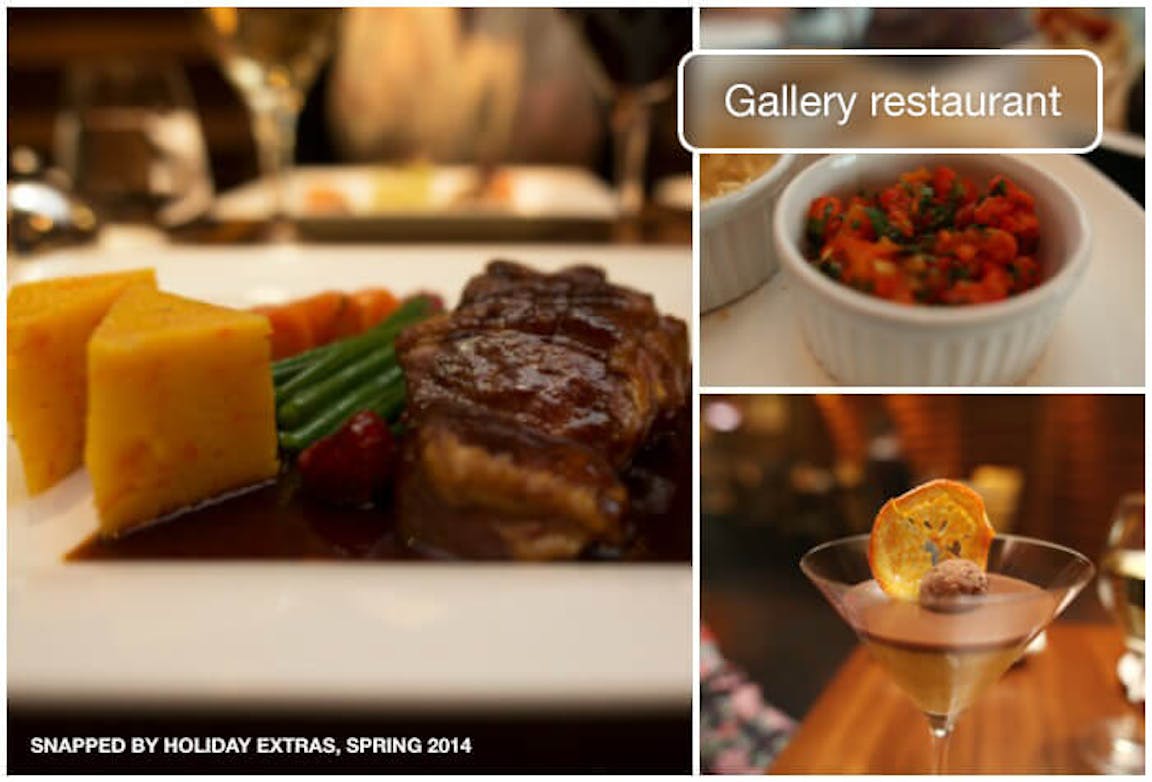 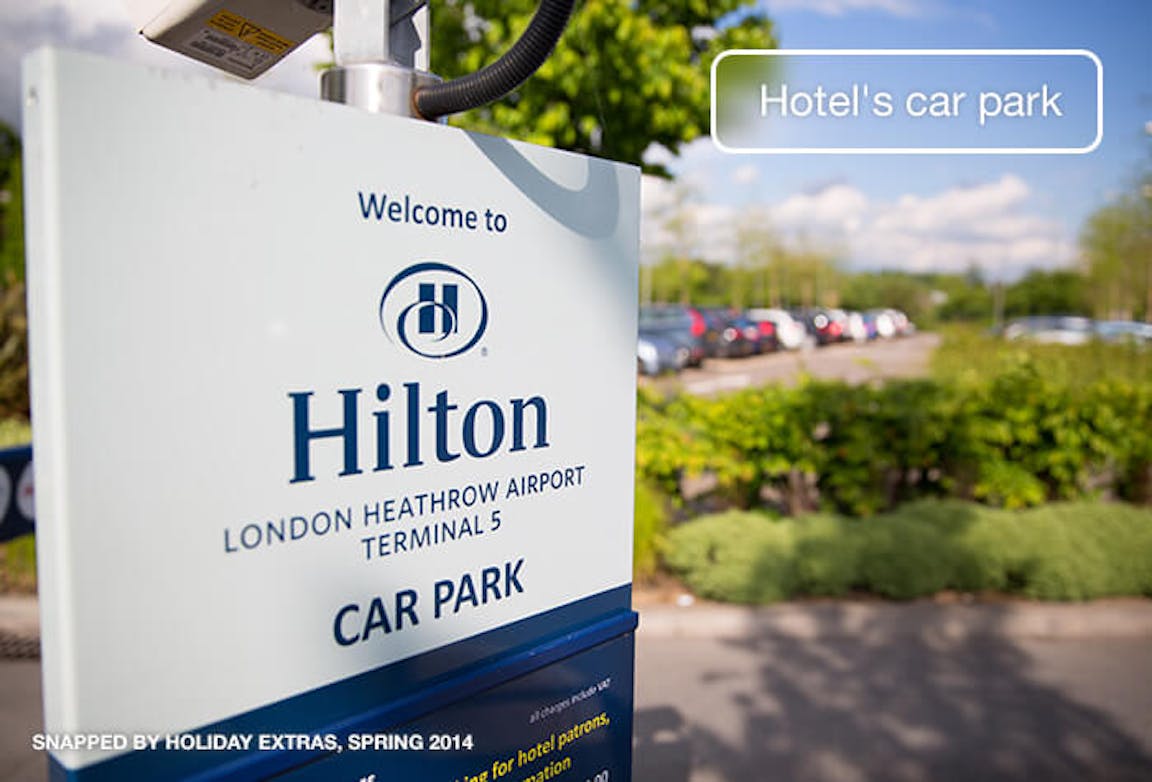 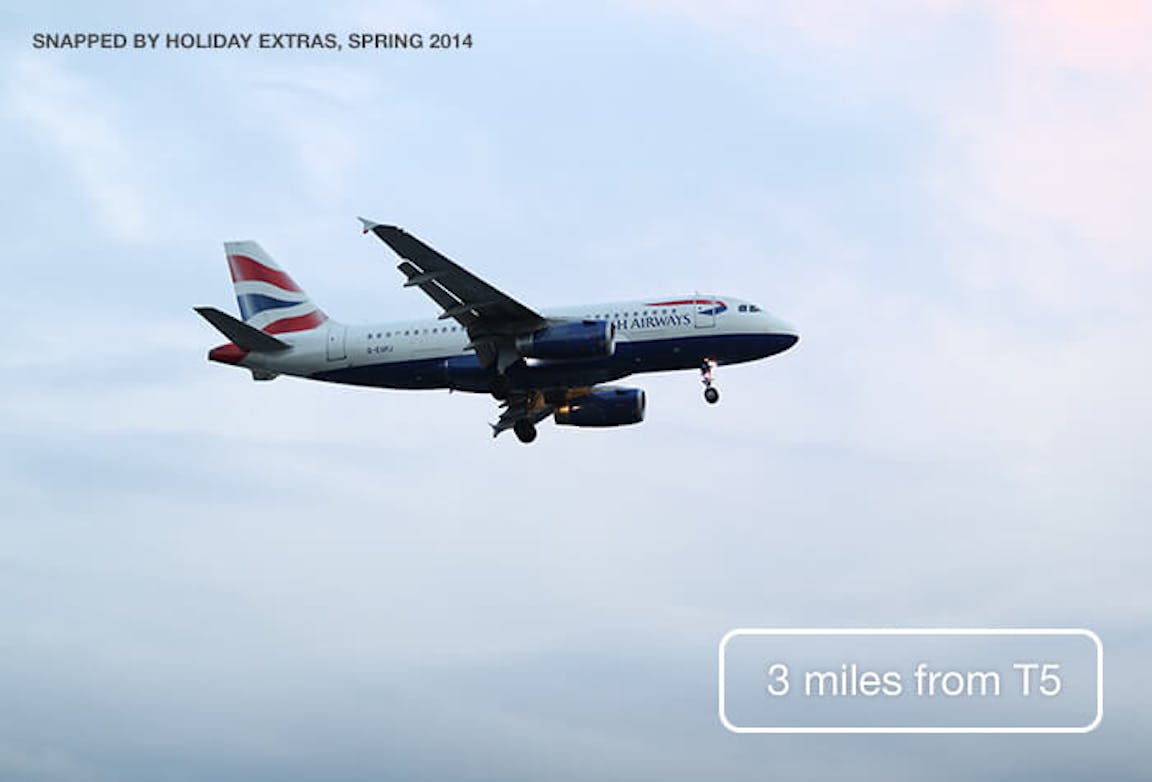 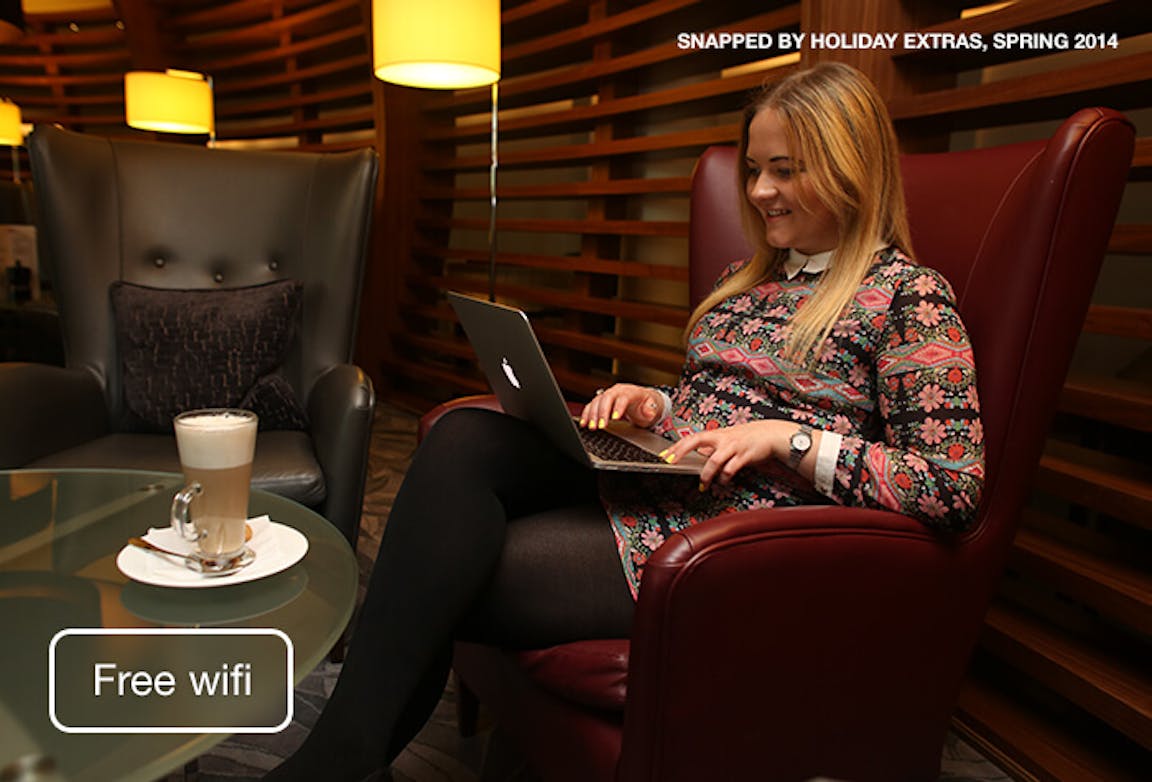 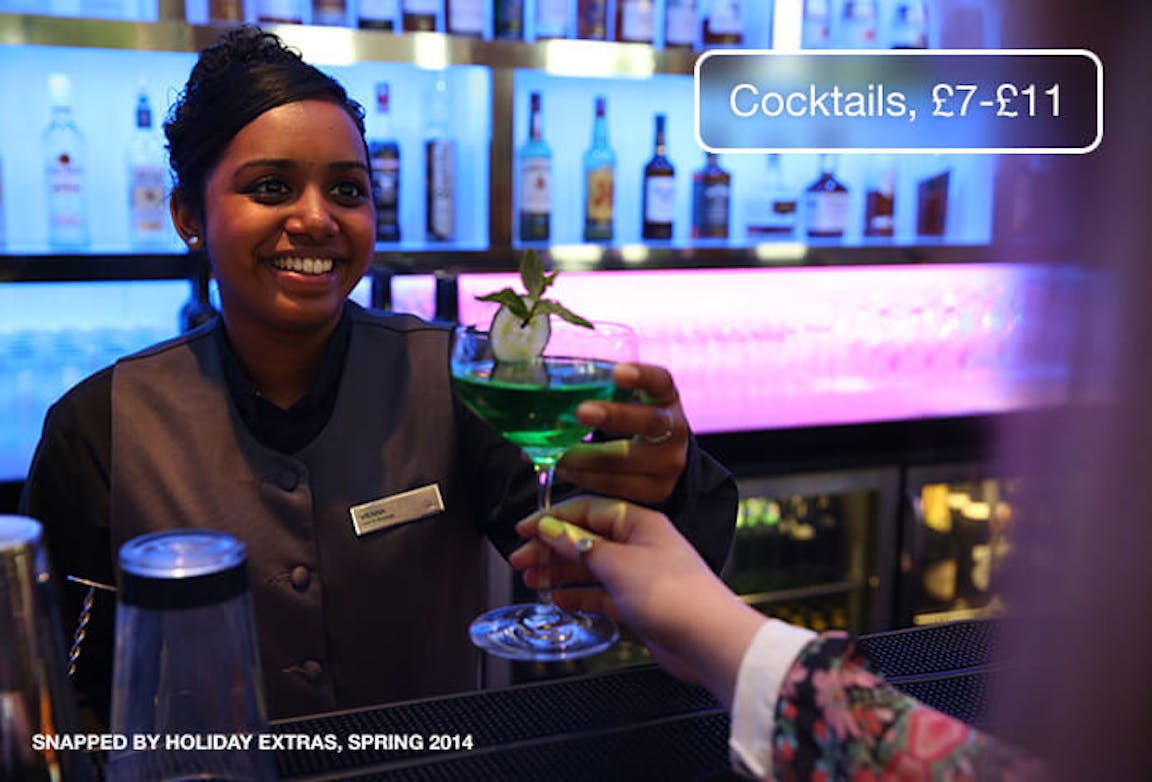 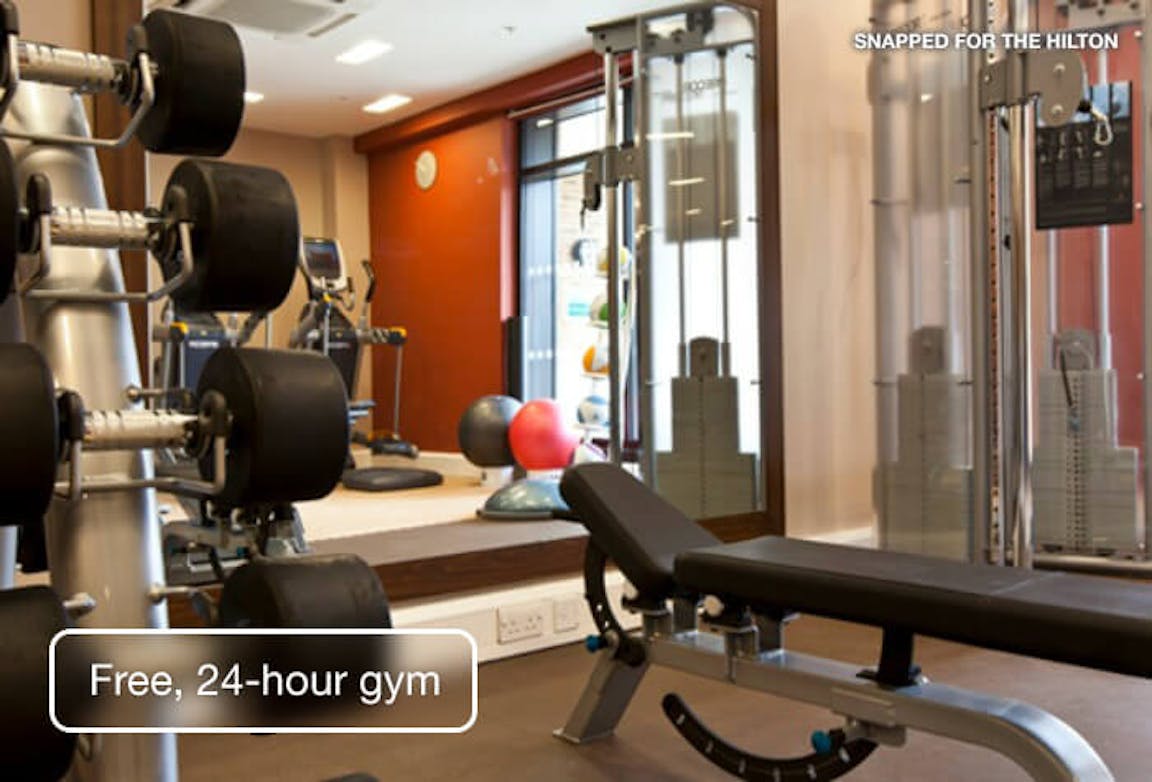 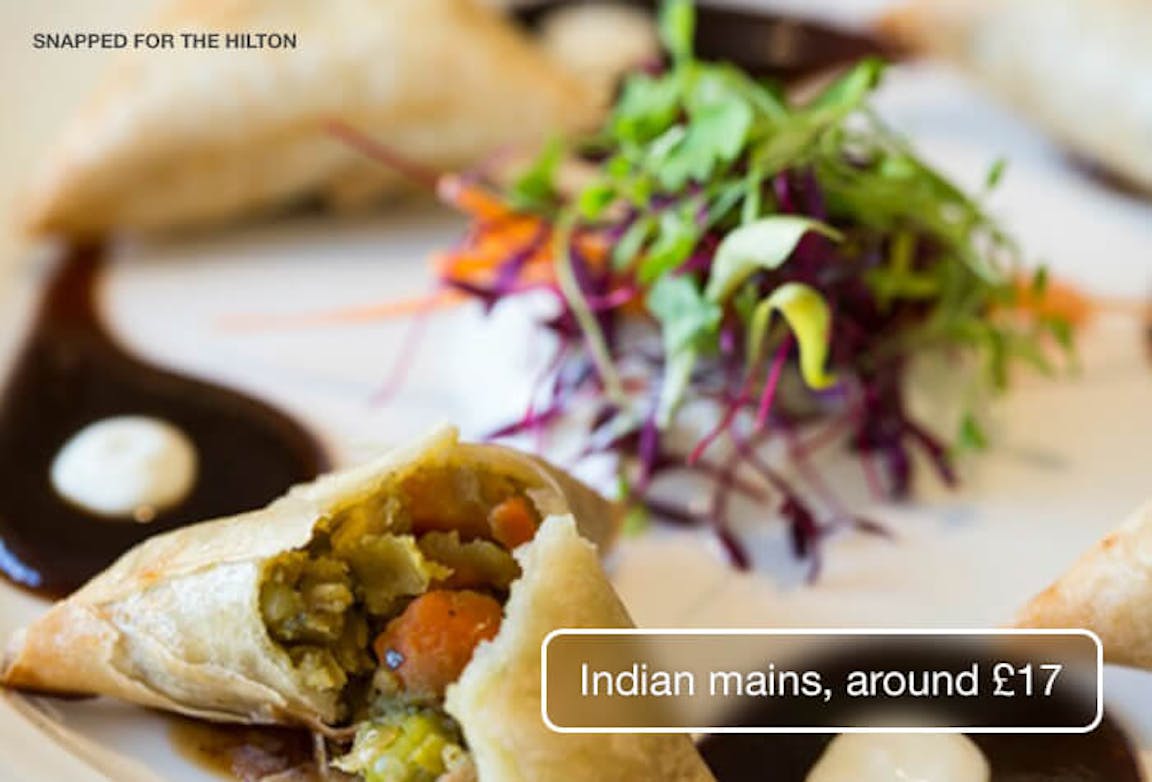 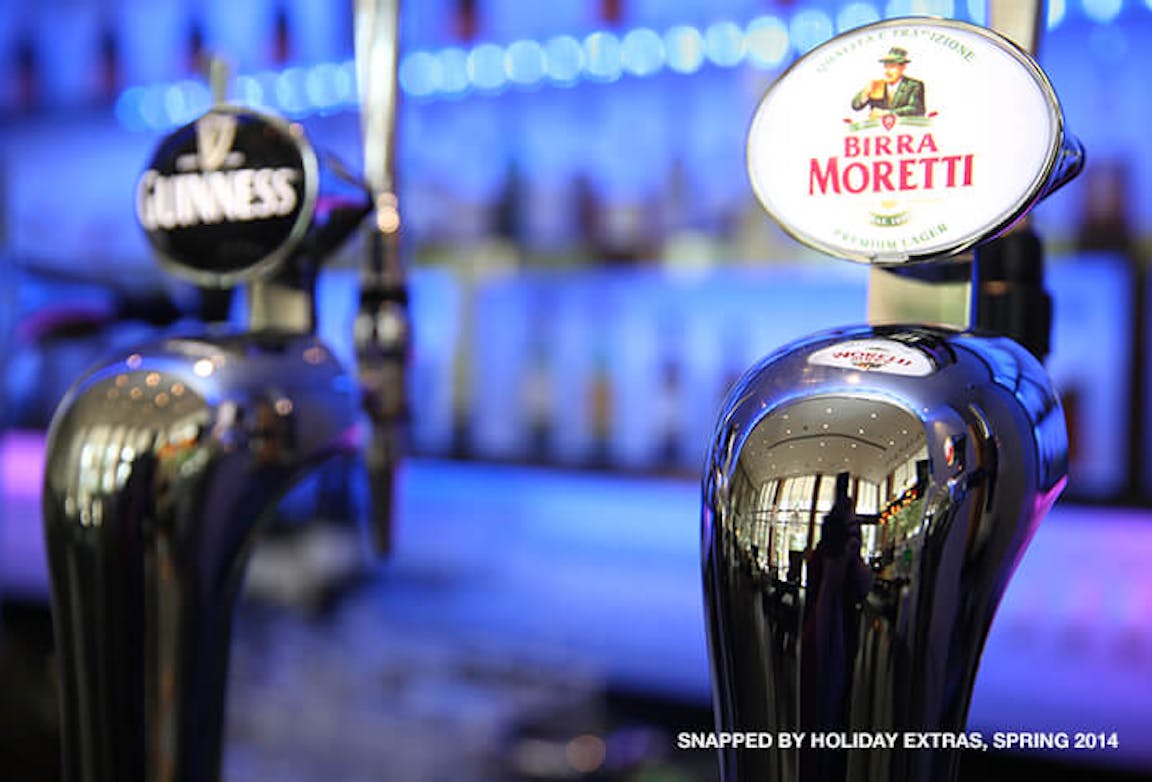 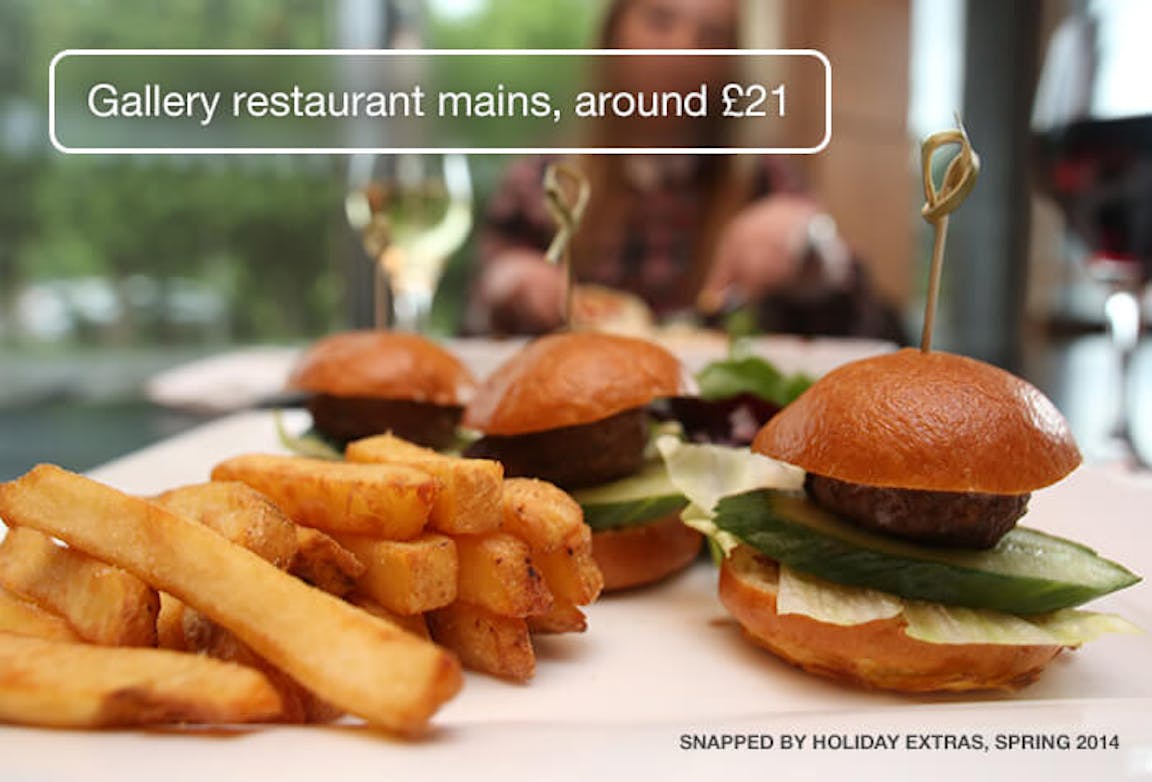